How good  it is to pull in off the road for a break every couple of hours at designated rest areas like this.  Battery Rock rest area is situated beside the Golden Highway, at Gungal, N.S.W.  Quantity is unknown when you don't frequent these places and this one had a special treat, just around the corner. 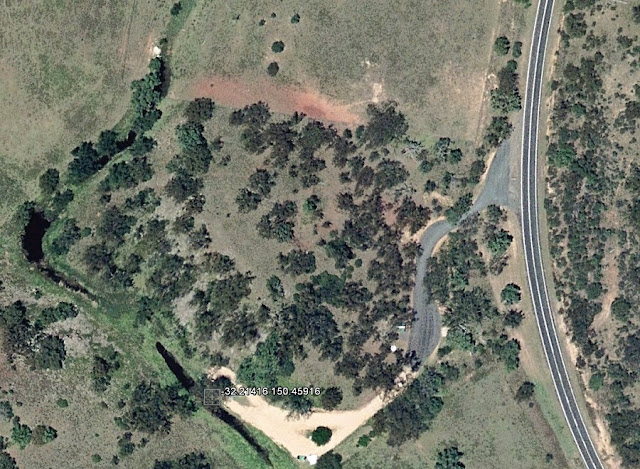 Google map:  Drove into the tarred section/upper level firstly, and could well have missed this little spot, complete with picnic table, if I hadn't wondered if I could sight more birds down there beyond, on the dirt road. There had been no evidence of these unusal rock formations until I reached this area at the loop-around.  Time to stroll around some more with camera/s for these snaps, take out the thermos (hot water), to make a cuppa (tea or coffee), and have a bite to eat. 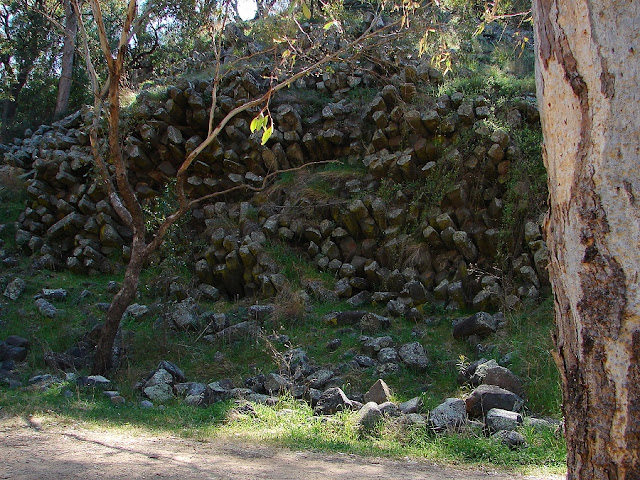 According to The Hunter Valley Community Website, these formations are a natural phenomenon;  clusters of exposed, almost horizontal, columns of basalt rock, that formed about 35 million years ago by volcanic lava cooling, and then fracturing. 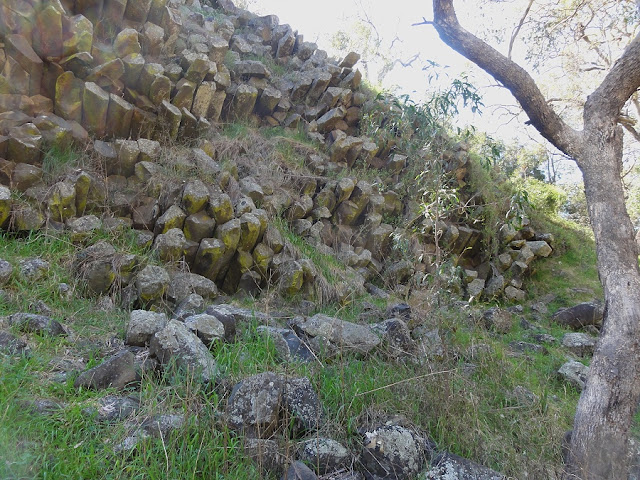 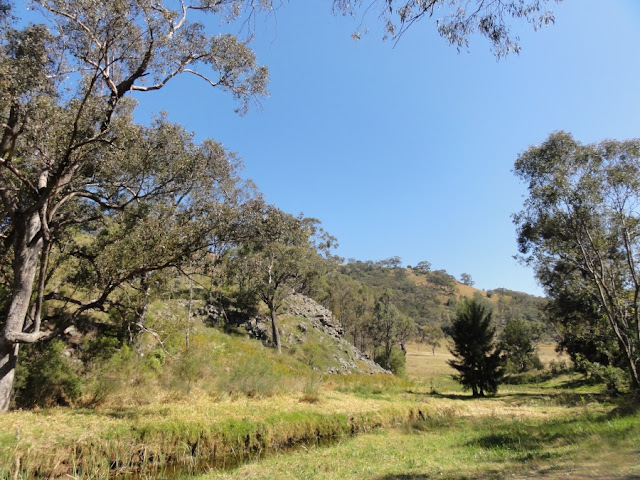 A little stream on the other side, with small plain buff-coloured birds darting quickly in and out of the reeds.  Making lots of loud song but have no idea what they were.I'd hoped to catch a photo but no luck. Also, another rocky outcrop. 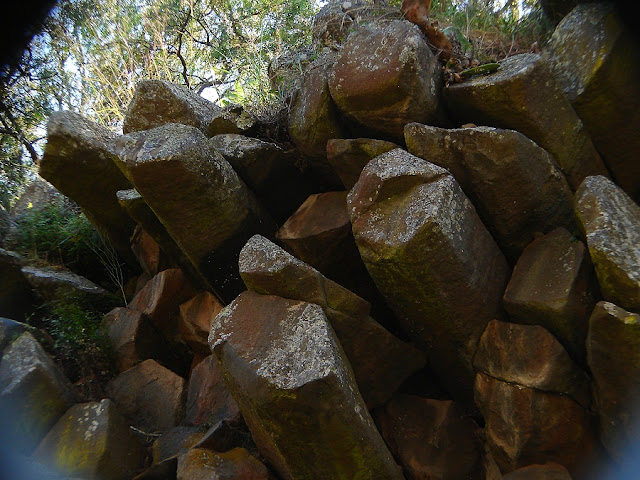 Very interesting! Love how nature can be so creative!

I always enjoy seeing what you're seeing! Those rock formations are very interesting - and different. Great post.

What a treat Carole ... you not only got a pretty picnic spot to enjoy your cuppa but this most unusual and very ancient rock formation. I'm sure you were pleased you stopped.

The Basalt rocks are so fascinating. There are loads of them on the headland at Fingal Heads.

Grandma Barb's This and That said...

Those rock formations are so neat.

I could see taking a hundred shots of those rocks!! Especially if the sun was in the right place..