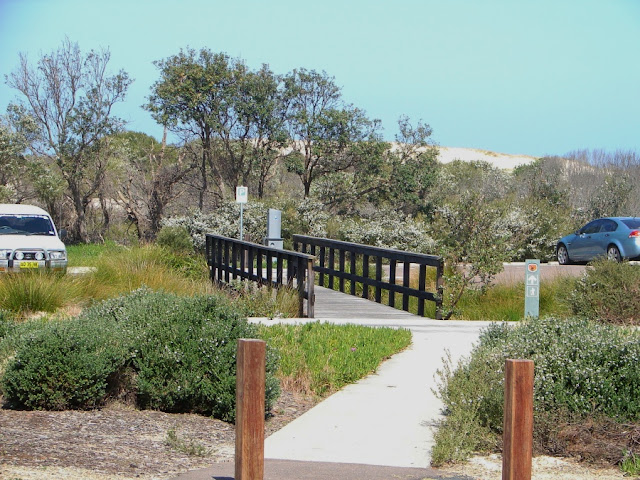 Pathway alongside carpark leads to bush-walk in one direction, and sand-dunes to the ocean, on the other.

It had been apparent on the drive closer to Lake Munmorah National Park that some early Spring bush-fire hazard prevention was happening in the region  i.e. 'back-burning'.  A light haze of smoke drifted in the air, and made the horizon blurred.

Purpose of this afternoon's outing was to see what might be flowering in the natural bushland.  There were some sweet little surprises to be found. 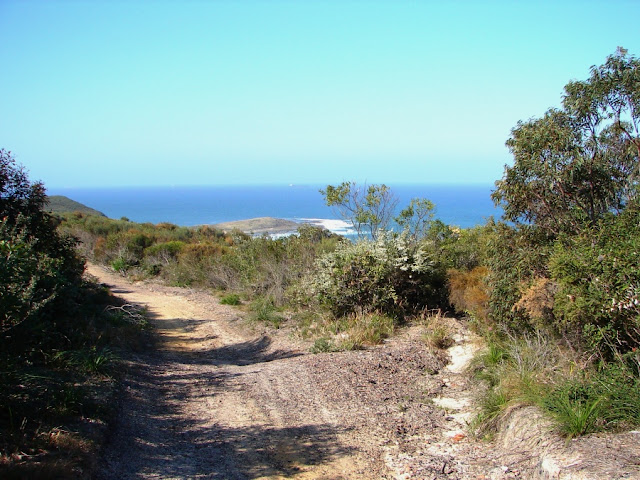 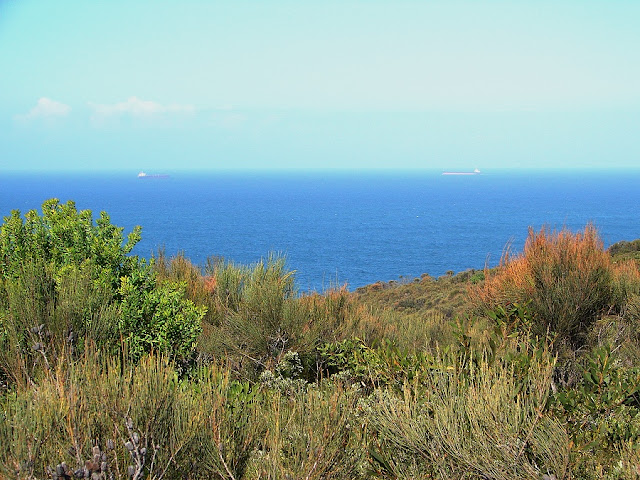 coal ships way out there in the distance, waiting in queue for their Newcastle harbour go-ahead. 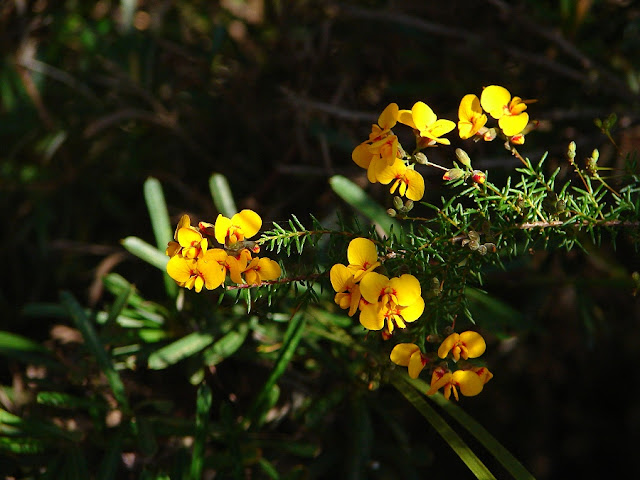 From the Dillwynia family; commonly known as Egg and Bacon 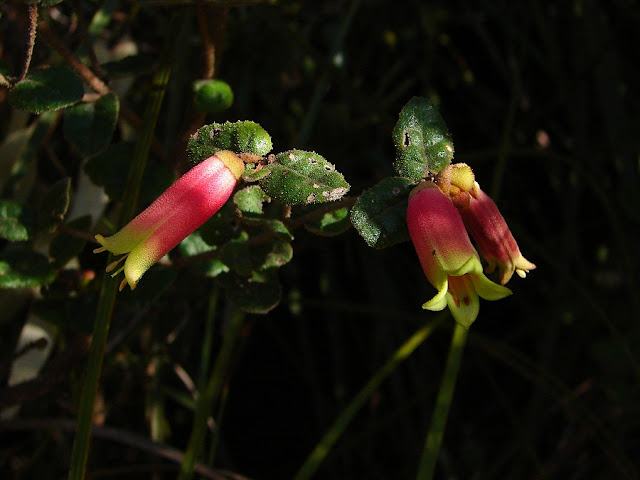 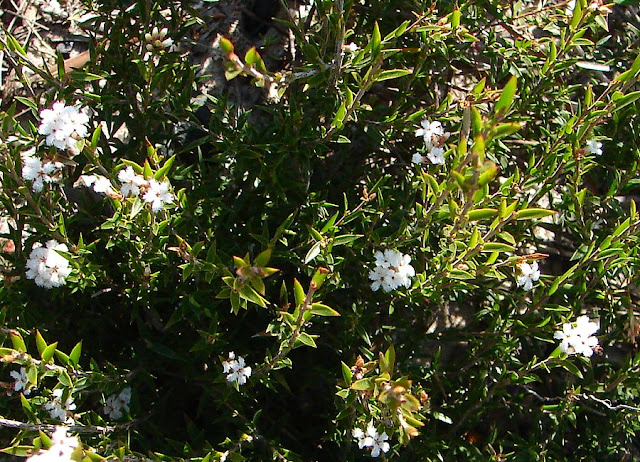 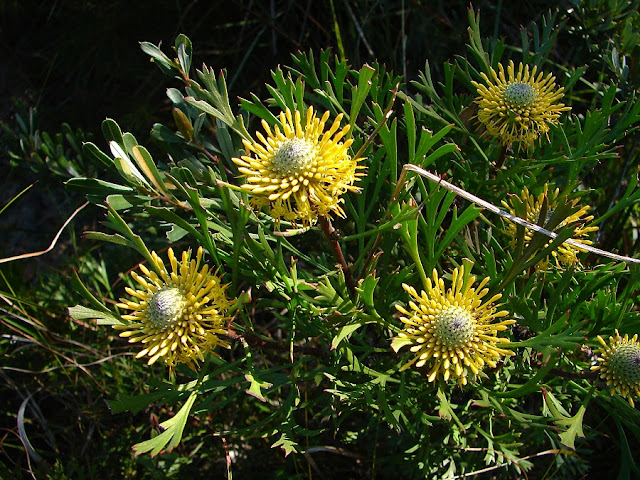 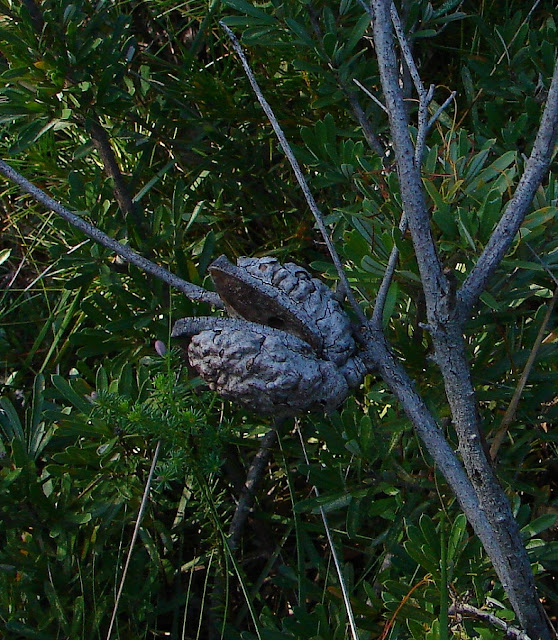 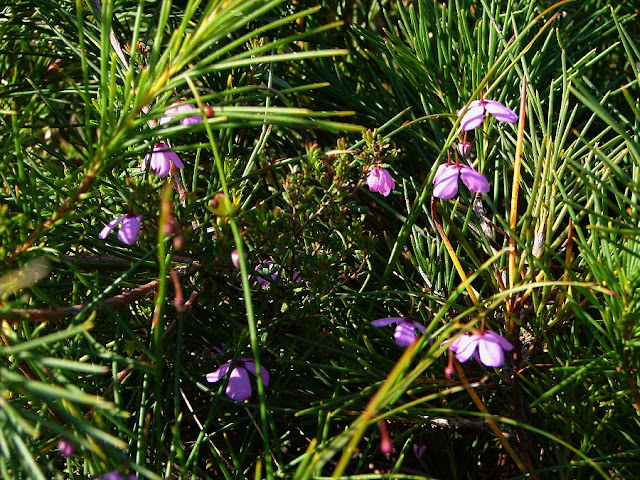 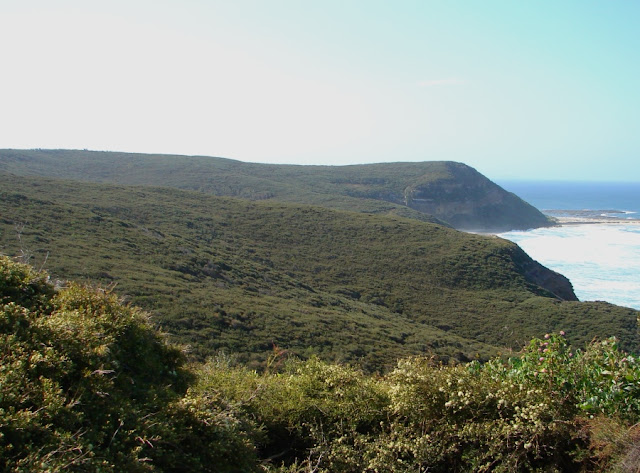 Thank you Carole for the beauties you share with us.
Costas

I really enjoyed seeing your spring flowers and the wonderful views on your walk.

I love the wildflower tour and that seed pod is enormous! What a beautiful country you live in!!!

Thanks for visiting today. Lucky you with spring just arriving. I miss the gardening season so much when autumn and winter hit. That's why I love blogs like yours so I can still enjoy the beauty of nature and gardens, albeit vicariously.

Have a terrific day!

PS I hope you will post photos of your hydrangeas.

Again another gorgeous flower post with such a lovely coastline!

LOVE your flowers and landscapes! You've got a "good eye".