Mid-May on East coast Australia and I've revelled in the glory of "a touch of Fall happening". Colourful, deciduous trees like those in colder climes, aren't quite the norm for us here. 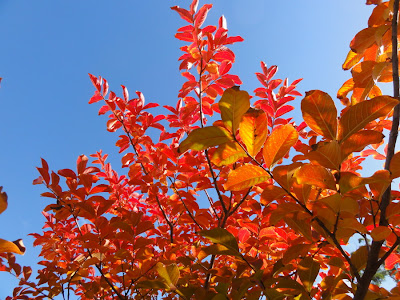 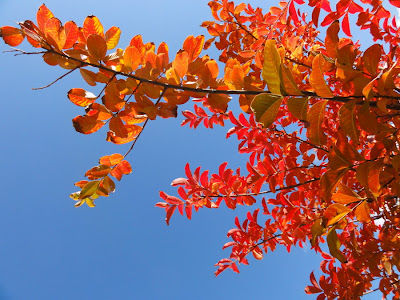 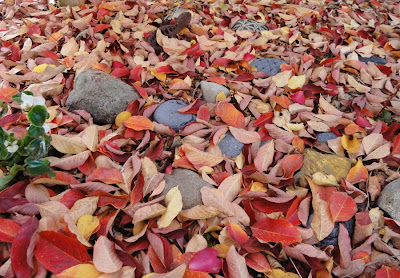 So I've been working with one of my photos tonight and making some creative changes.  Erased the original background away from the leaves, and gave them a watercolour effect.
Going to the background now; that was given a weave texture; then the watercoloured-leaves overlayed again. 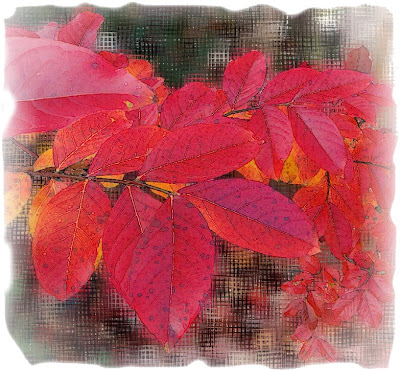 (click to see the bigger version)﻿
And while on a nature's bounty topic, how about these nasturtiums that have sprouted up between the retainer wall blocks?!  Survival of the fittest... no way will I be tugging them out of there. 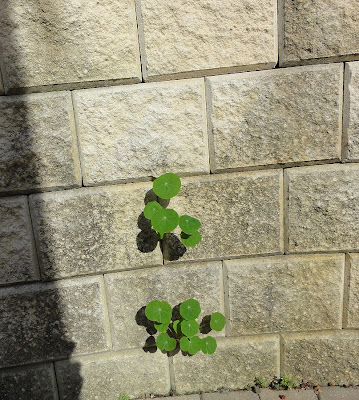 Will be interesting to see if they can make it to flowering stage like some other's I've grown in the past﻿... 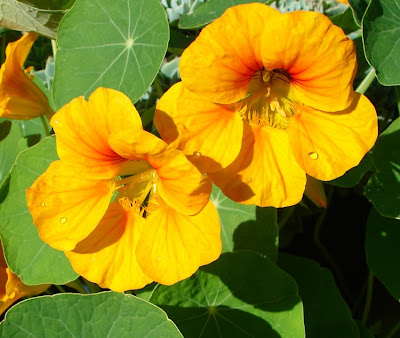 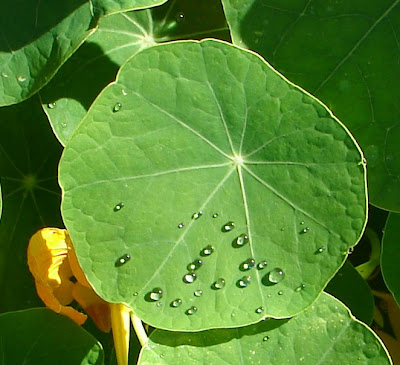