Stark contrast to recent rainforest posts, now it's inland N.S.W., 40 klms from Forbes.  For me, it was a journey six hours from home to meet up with a small group of very keen birders, in early May. Getting out into the great outdoors, listening and watching out together, was a top opportunity.   To try and see birds is priority, but to also use my camera to record what else there is to see, even if that doesn't include birds, is good by me.  If there ARE birds in line of sight, then that's a plus!

Signage read "the first inhabitants of these rugged hills were the Wiradjuri Aboriginal people, whose nation stretched over a large part of western New South Wales from the Great Divide to the Darling River". Here was obviously d-r-y.  Cyprus pines at the top (a little Van Gough?) 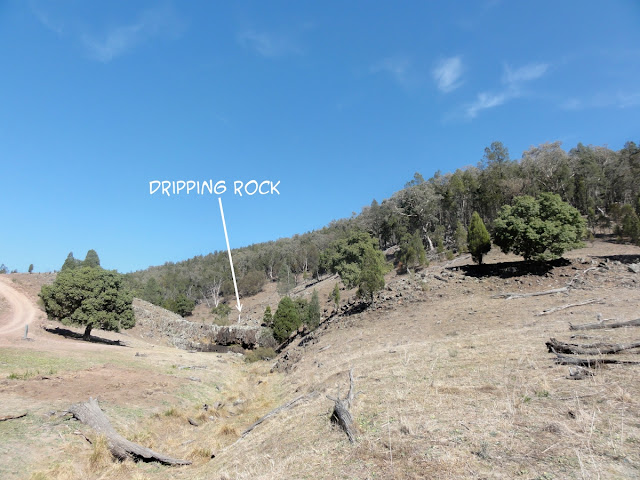 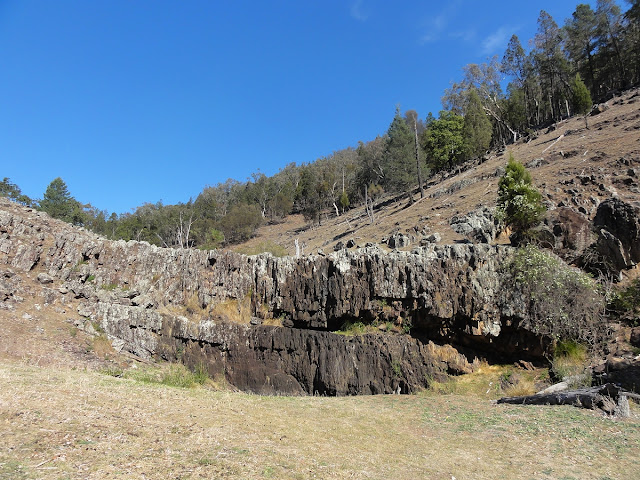 there was a little water at the bottom still 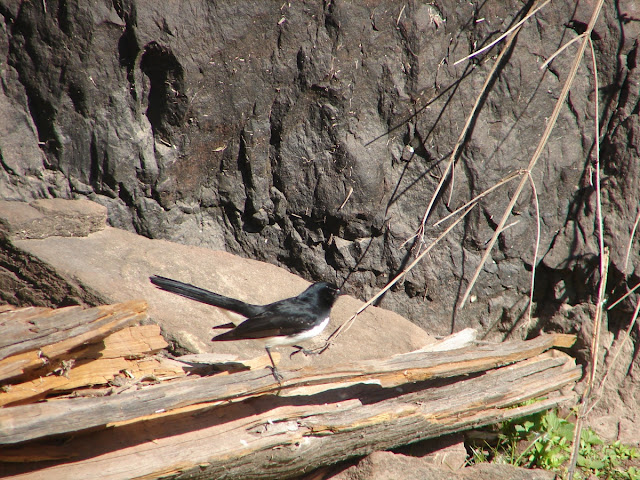 Willie Wagtail was heading down for a drink 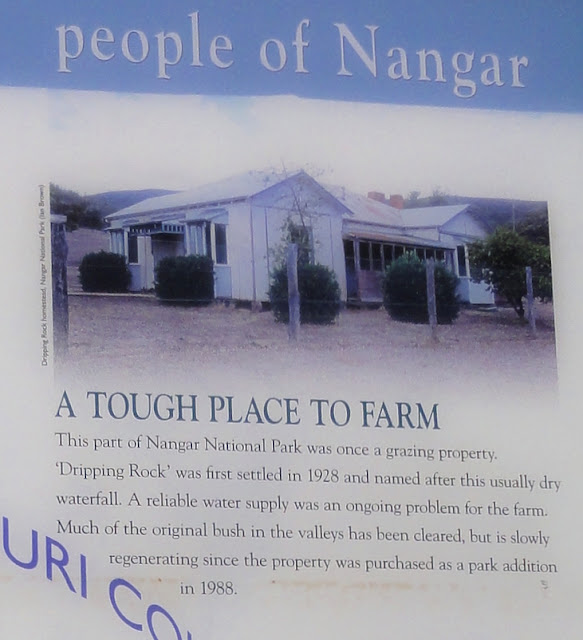 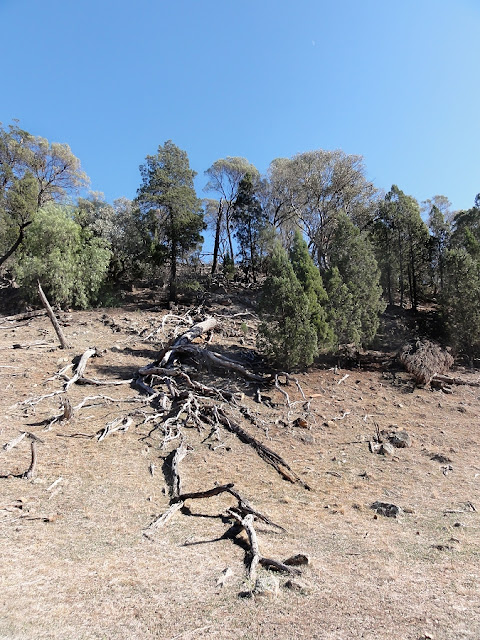 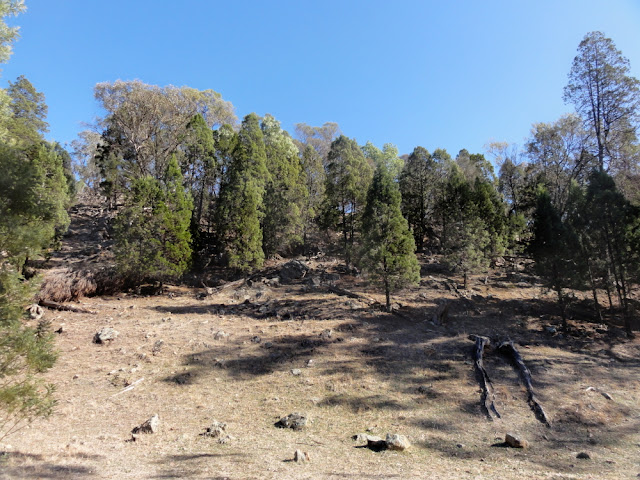 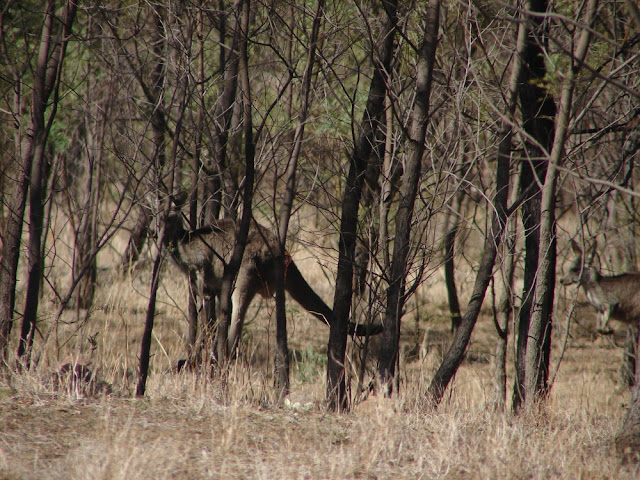 just happened across a couple of the locals, in hiding 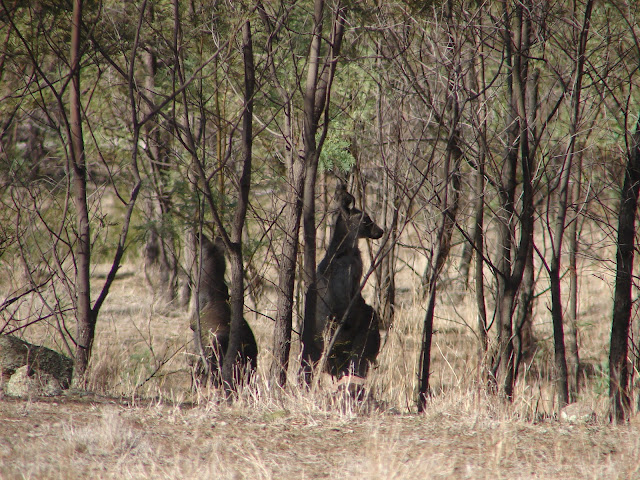 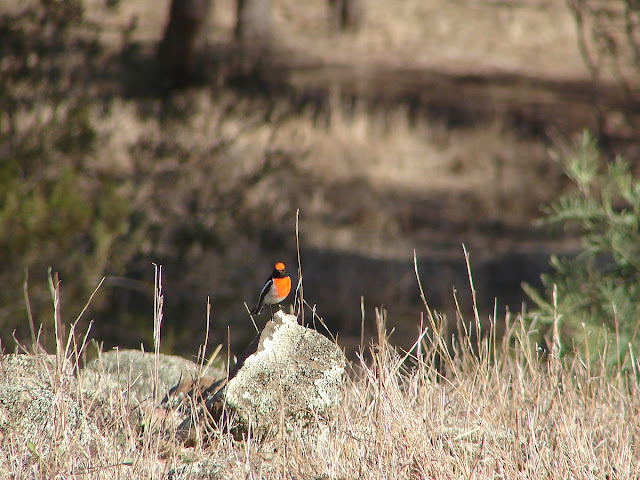 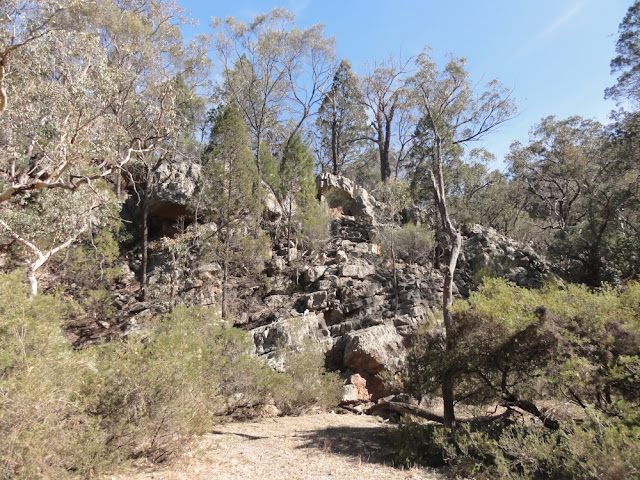 view from folding chairs and thermos' for morning tea time

It certainly does look in need of some good winter rains Carole. Still, it has a beauty all of its own. It never ceases to amaze me of the diveristy of the Aussie bush.

That does look dry! We have had a record wet start to June!

The furphy is the same!! I wonder if they only made one version?

This looks very much like our wilderness area in northern California on up to the Oregon border. Six hour drive, good on you.

i cannot imagine farming in an arid area like that.

Oh my goodness - it DOES look dry!

It is a beautiful place! And I love the birds and the critter. Carole, Great photos and post.

Ya, a rainfall would help! Just love your Robin. Beautiful bird!

That's the Australia I picture when I think of the country. Gorgeous! The robin shot is awesome! That little bit of color really stands out against the background!

Beautiful nature is there, Carole.
The white wagtail and the robin are beautiful.
The kangaroo also very nice tucked in the woods.
Regards, Irma

These are so much different from the rain forest. But this is more my kind of territory.