It's tibouchina flowering time starting again. These had been heavily pruned mid last year and now will be flowering pretty much perpetually until their next pruning. It is always hard to know quite when to jump in and get that job done because they've always got flowers on them.

Suffice to say, purple is such a fun and inspiring colour for me, and see, I have it everywhere....including fallen petals all around the pathways! Still it just adds to the mulch when I get to sweeping. This becomes a regular event now but it's worth it. I don't mind being out in the garden when the weather is much nicer than those dreaded heatwaves of Summer.

Years gone by these plants, a native of Brazil, were known as lasiandras. Nowadays there's various varieties of this flowering shrub and in differing heights, some only growing a metre high. There's pink flowering and a white flowering variety; though in this region, purple is most certainly dominant. 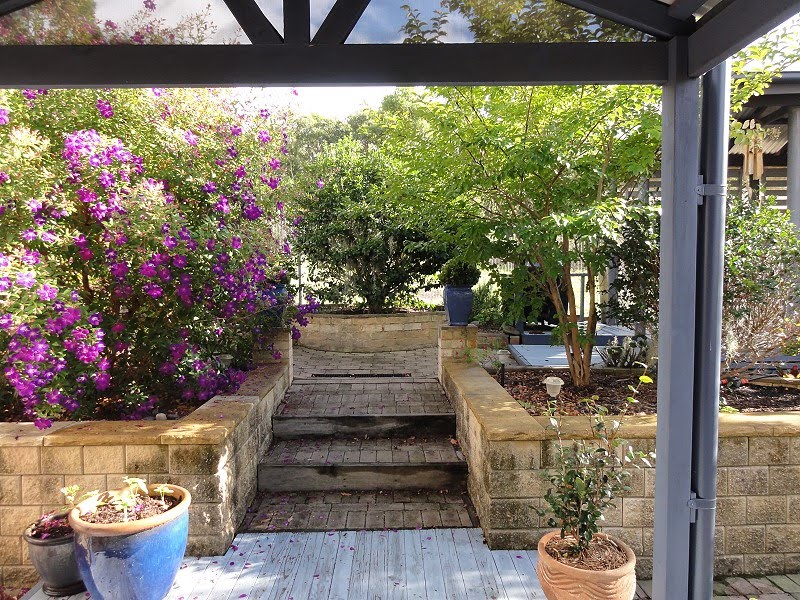 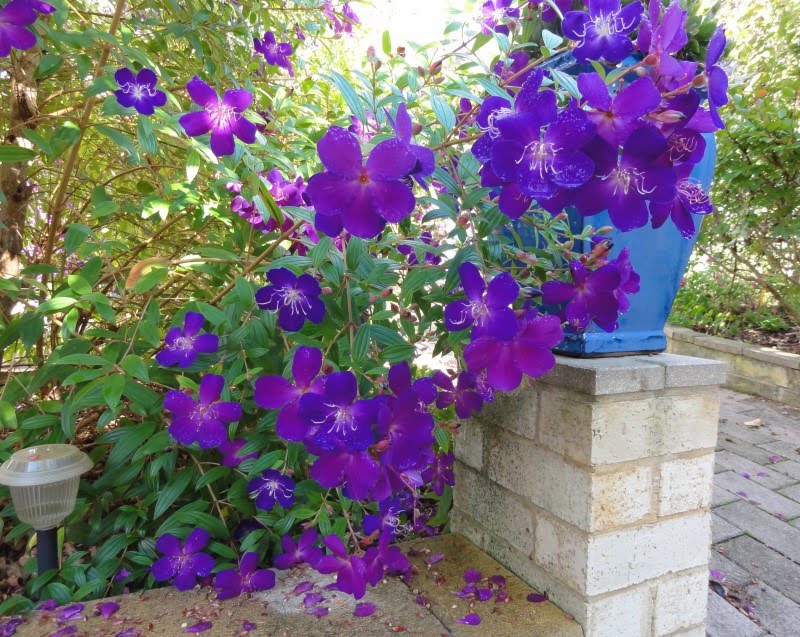 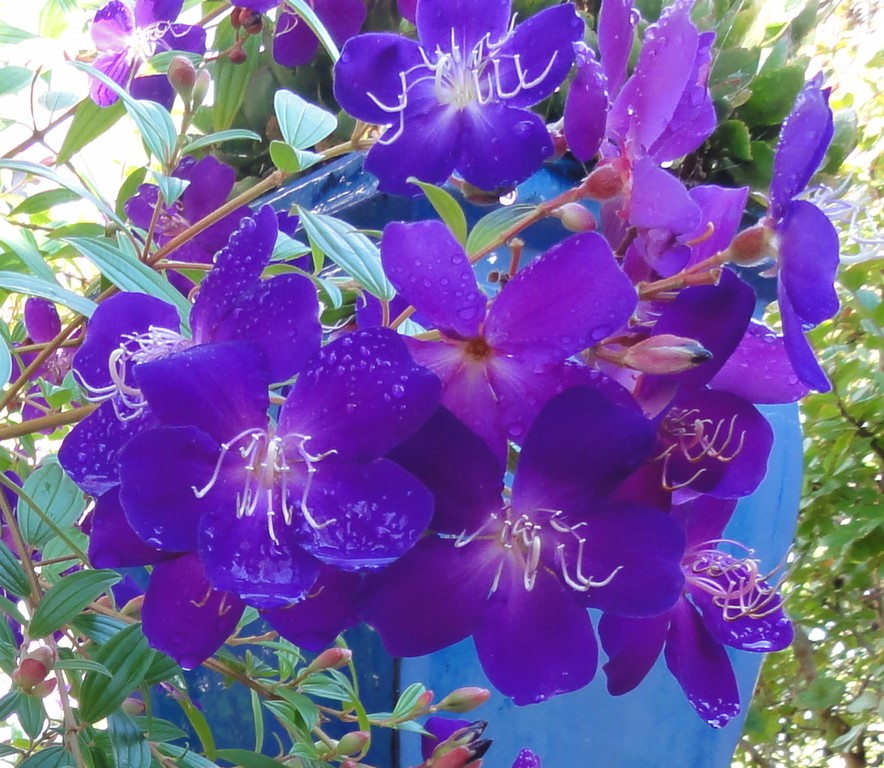 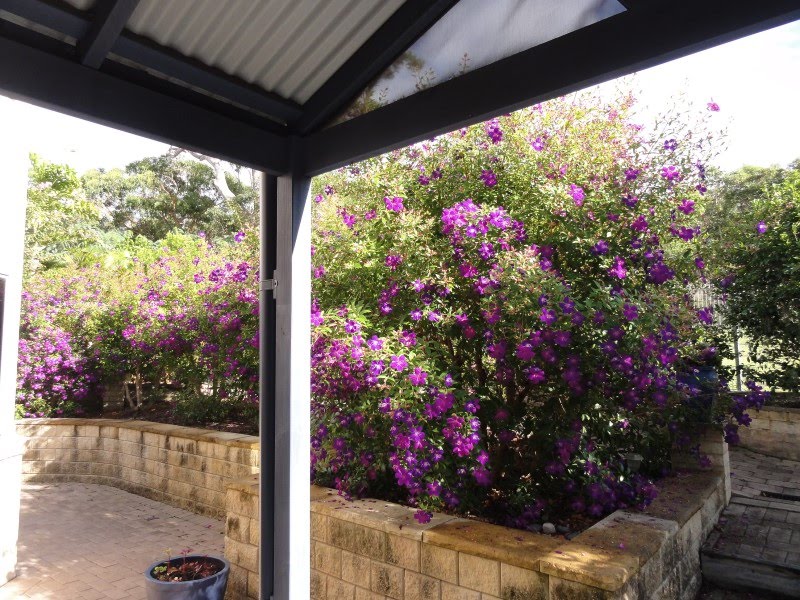 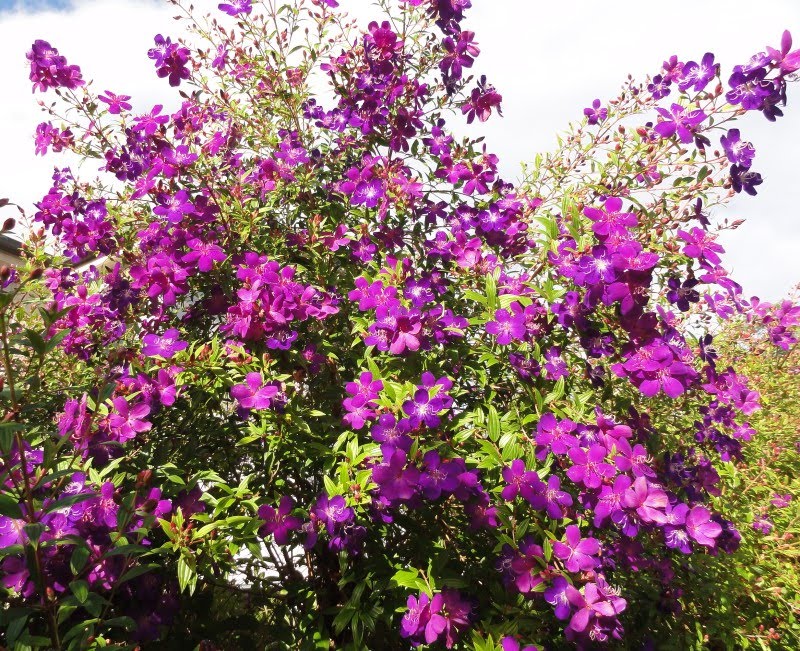 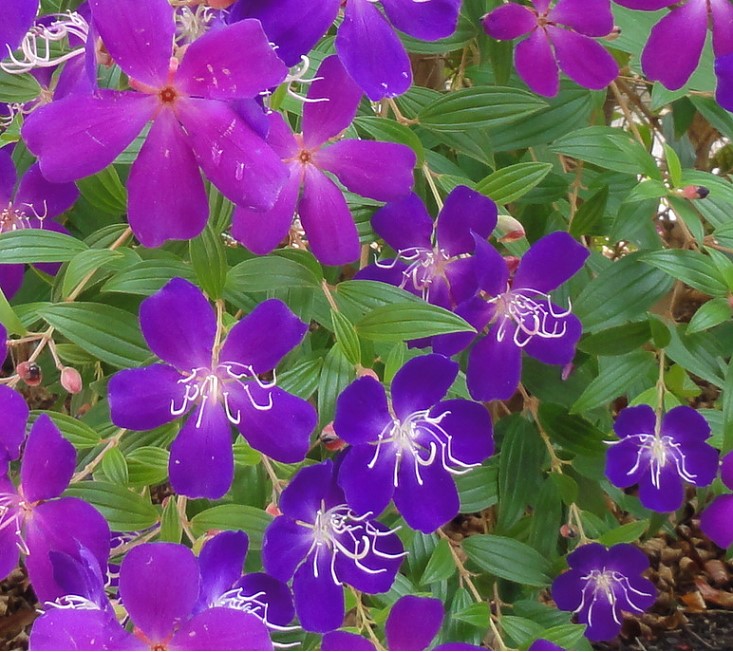 I just wanted to share a little of what I get to enjoy on my side of the world.

I think your corner of your side of the world is a most wondrous place. The photos are terrific, and the last one looks like the floral centers are making arcs of neon lights. It's no wonder you love purple!
;-)

Oh my! They are just beautiful. I LOVE purple. If these were in my back yard, I'd just sit and gaze all day!

The purples are soooooo beautiful! Thanks for sharing!!!
Jan

I love purple too. I've never heard of Tibouchinas but after Googling I found out that we do have them in Holland and because it's a tropical plant it needs to be kept inside during wintertime. Your garden looks great Carole!!

What a gorgeous splash of colour these make Carole! We used to have one of these shrubs at a previous home, they are such a lovely purple!

Simply beautiful! I'm envious of all the color you have in your corner of the globe. Recently visited a butterfly house and yep, the most colorful ones were from Oz!