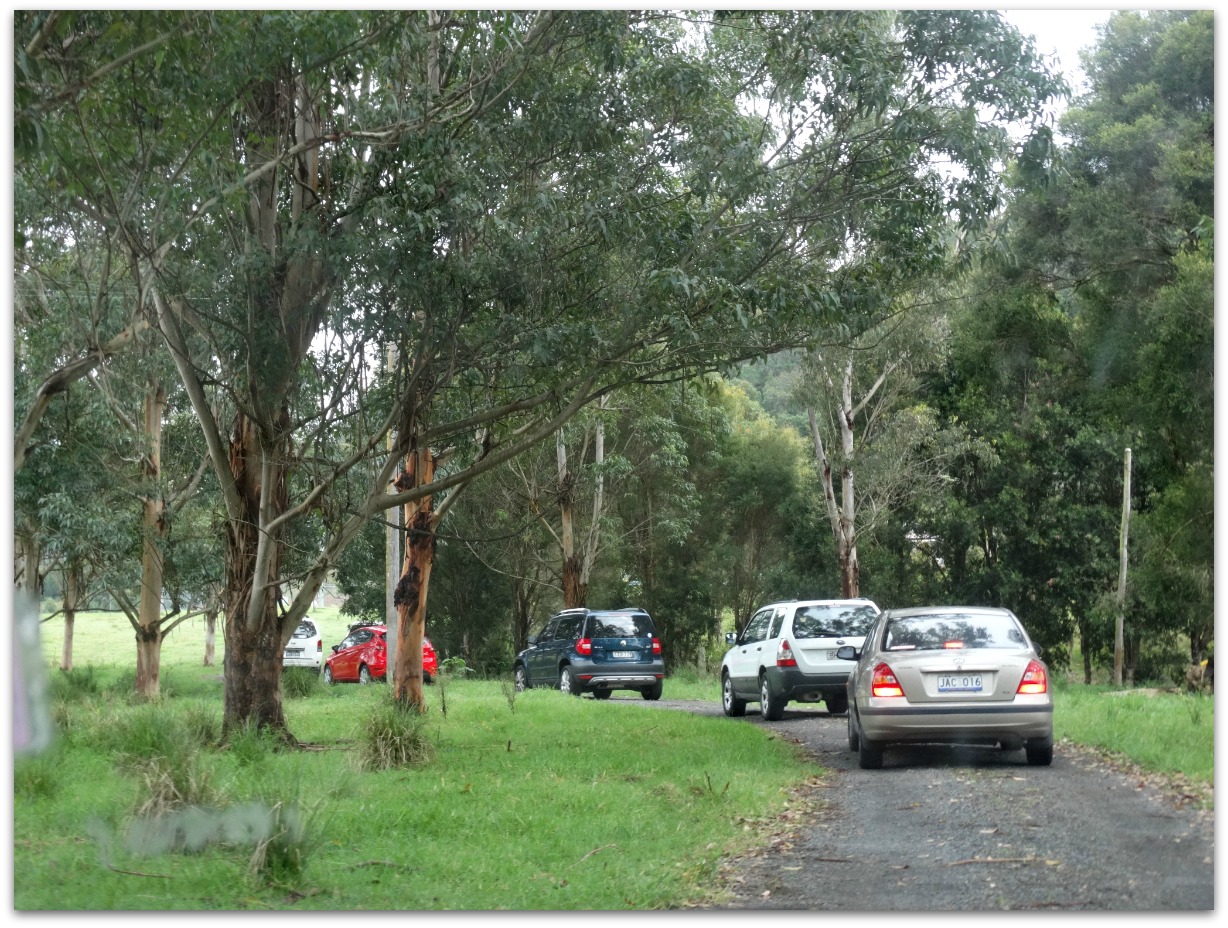 Our (locals) team leaders, have already picked up keys to gate to allow our entry 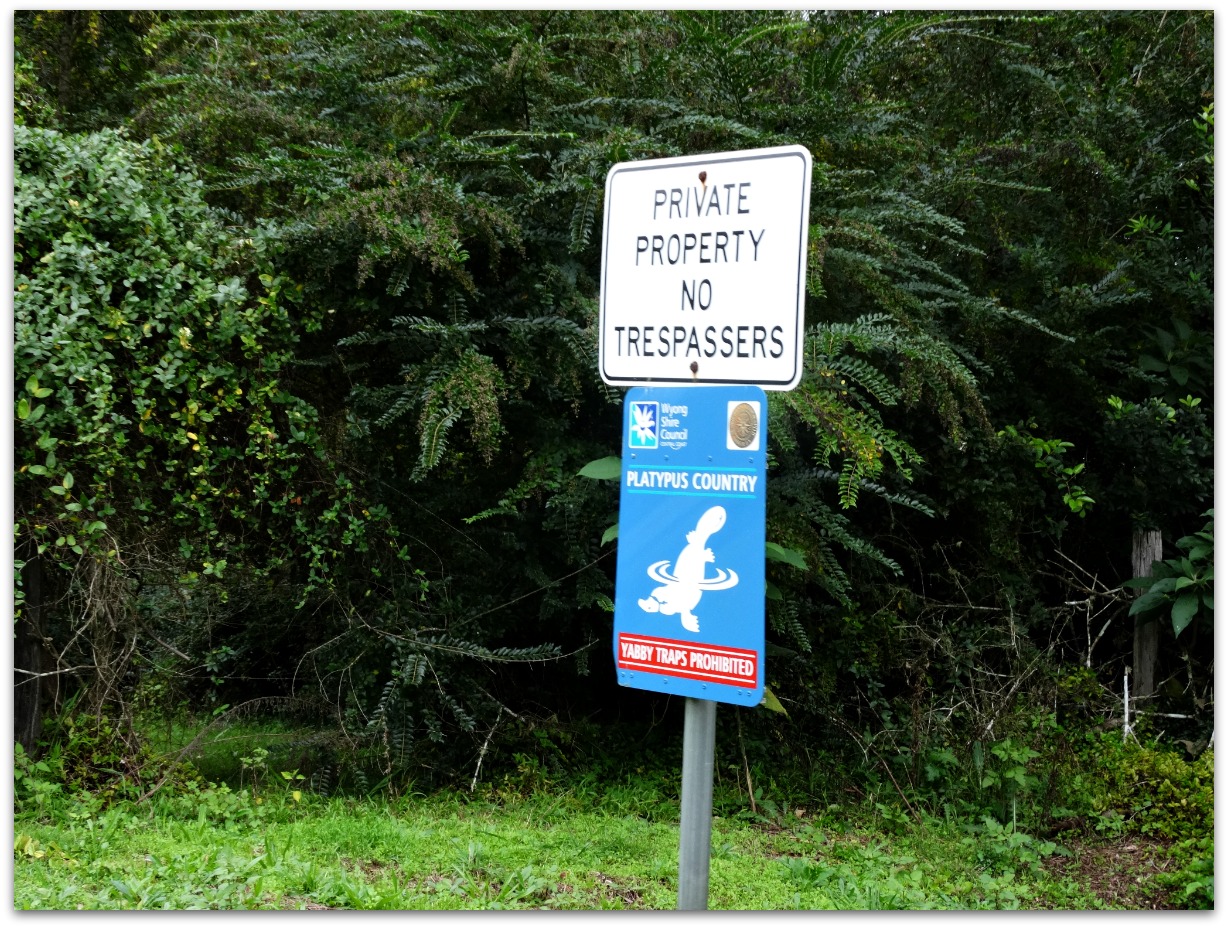 was hoping might've seen a platypus, but no.  For overseas readers 'yabby traps prohibited' is all about people not being allowed to drop traps for yabbies (small freshwater crayfish),  in the Wyong River. 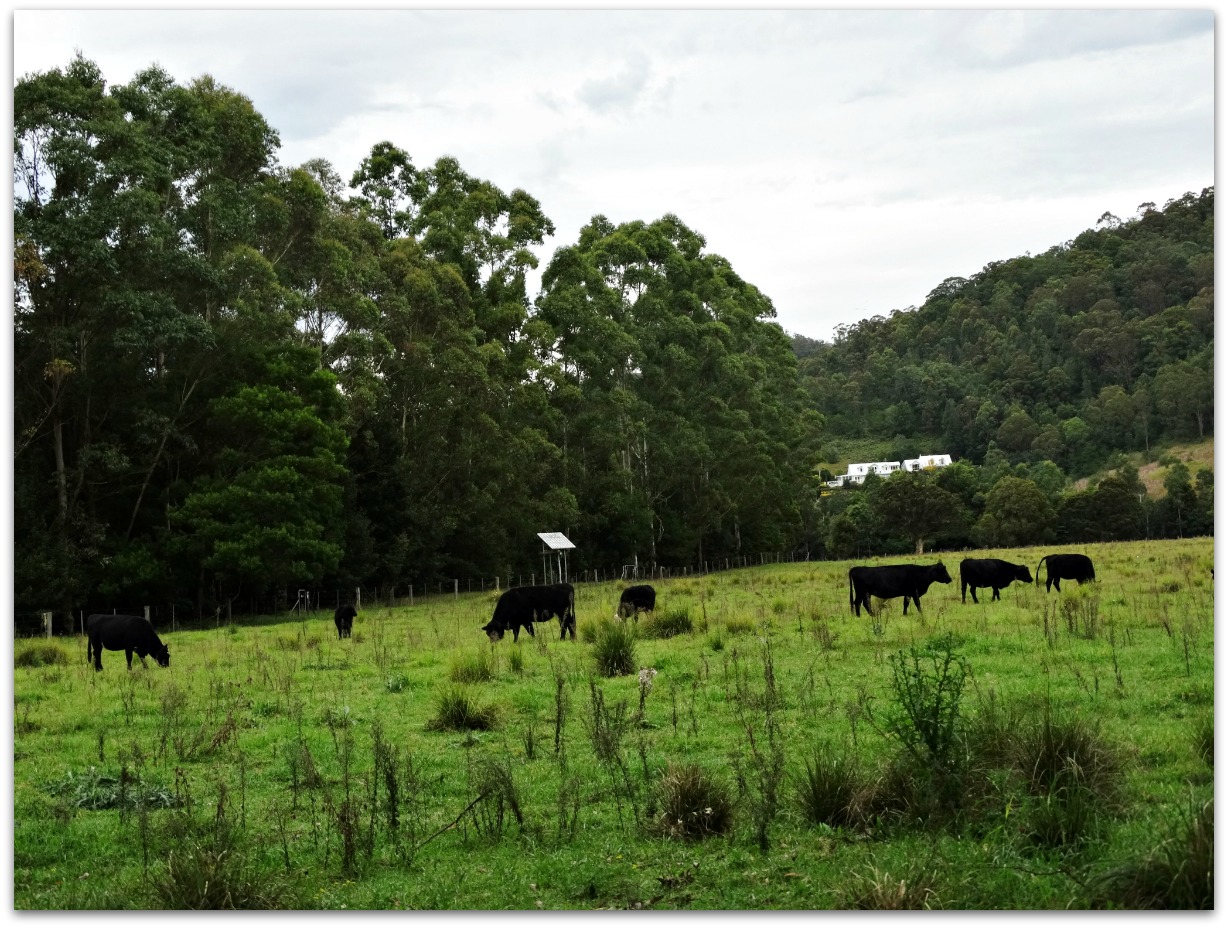 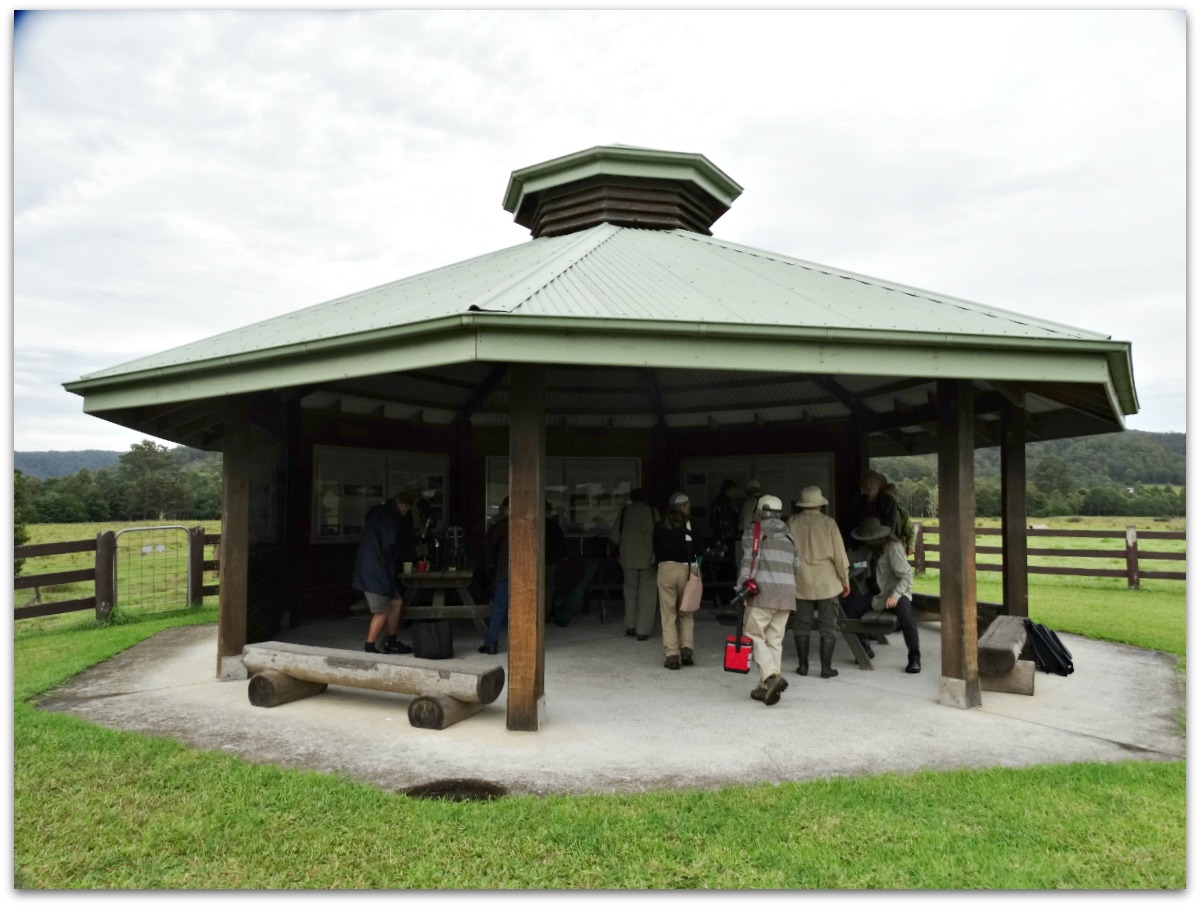 it's cuppa time before the group start the next little trek; thermos' are unpacked, and tea, coffees, and mini-snacks enjoyed. 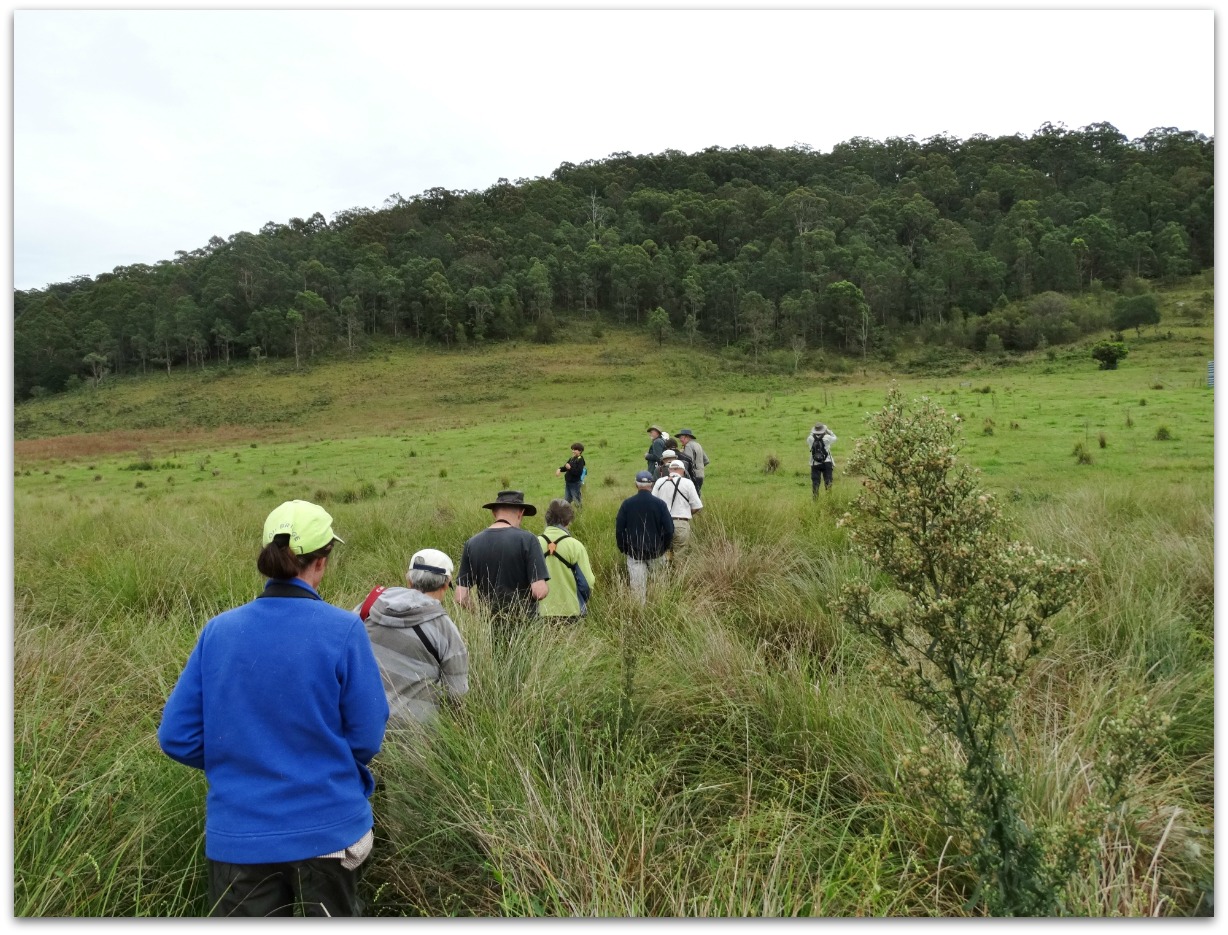 I wasn't exactly relaxed about trudging through the long grasses, you can't help but think s-n-a-k-e territory, but am easily swayed, by the 'safety in numbers' senario. 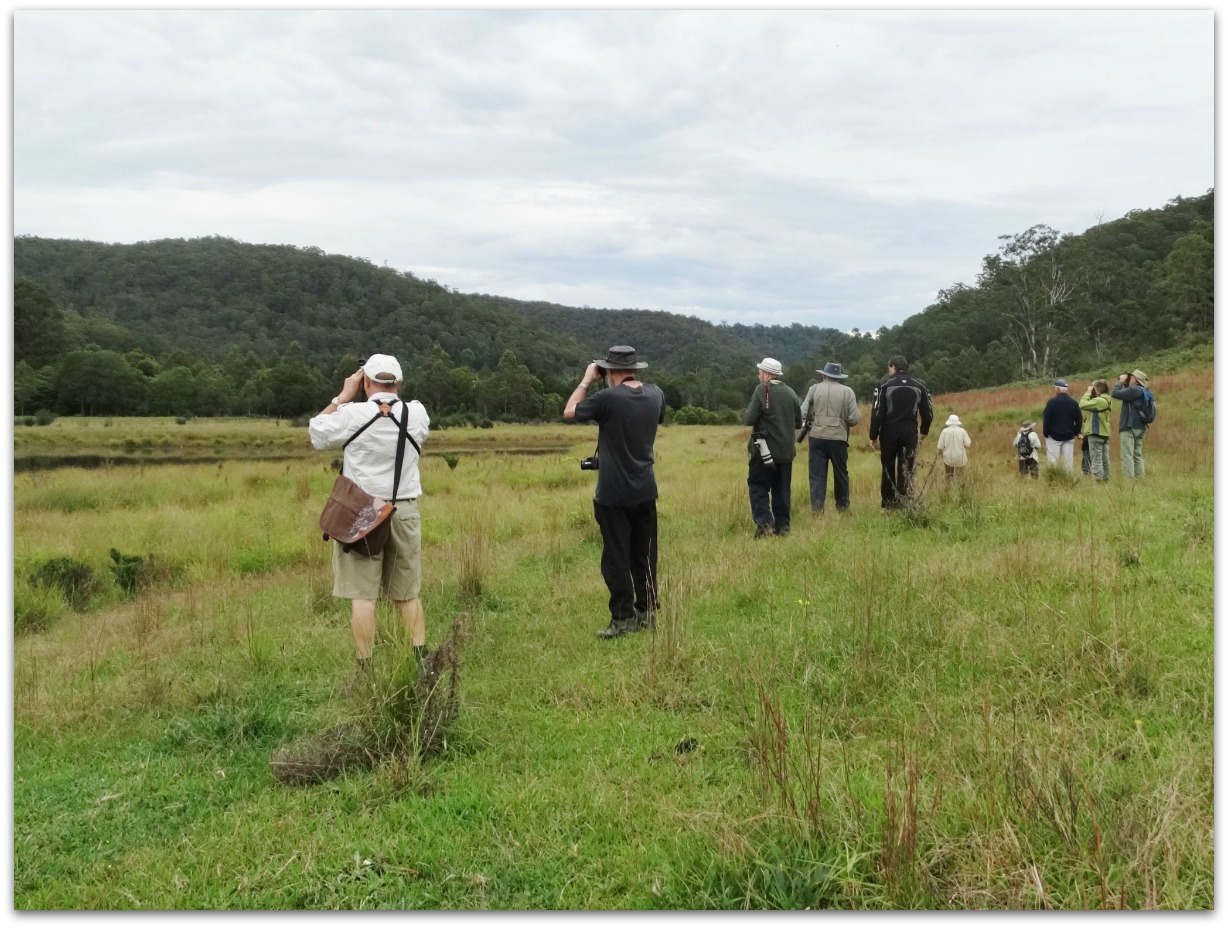 Looking out over the water-hole. 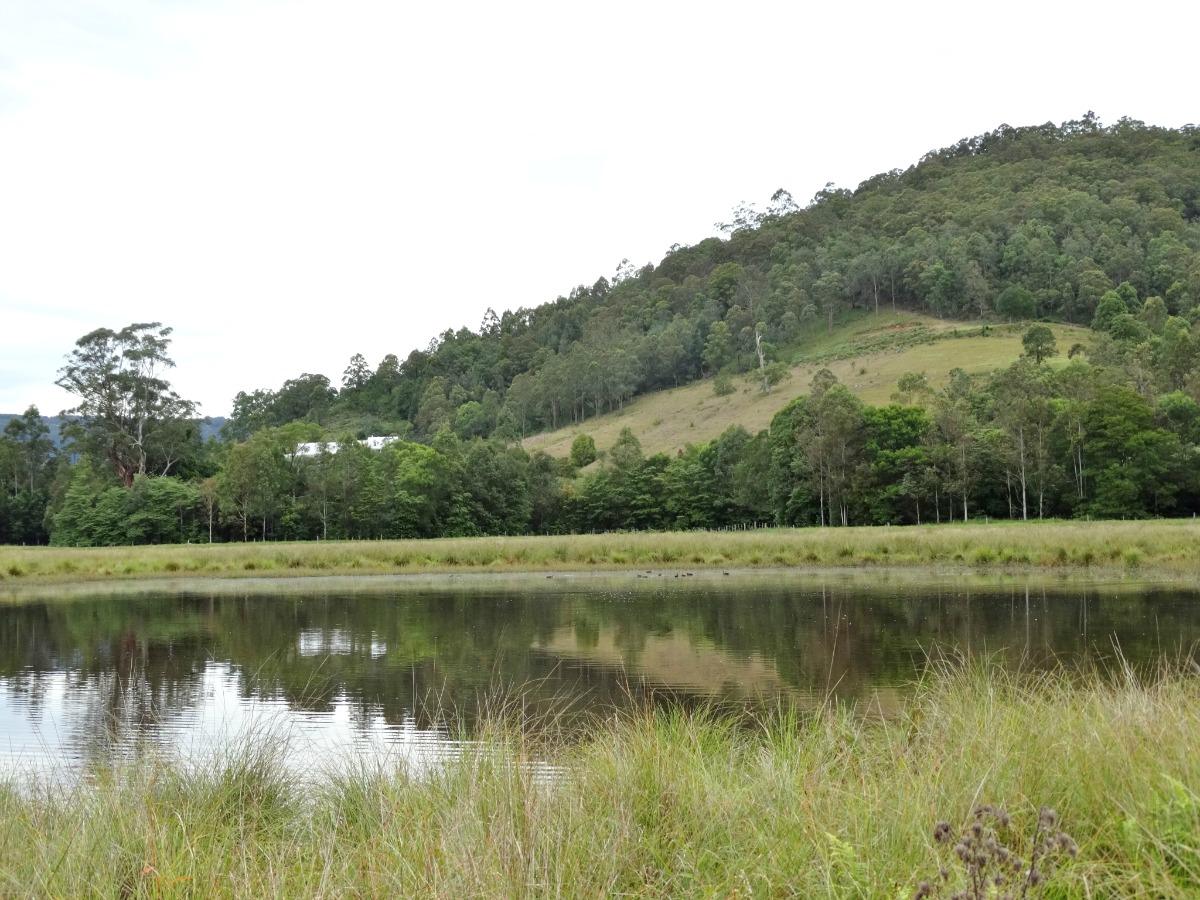 you can just make out, ducks over the other side, centre.  An Australasian Grebe reported there also. 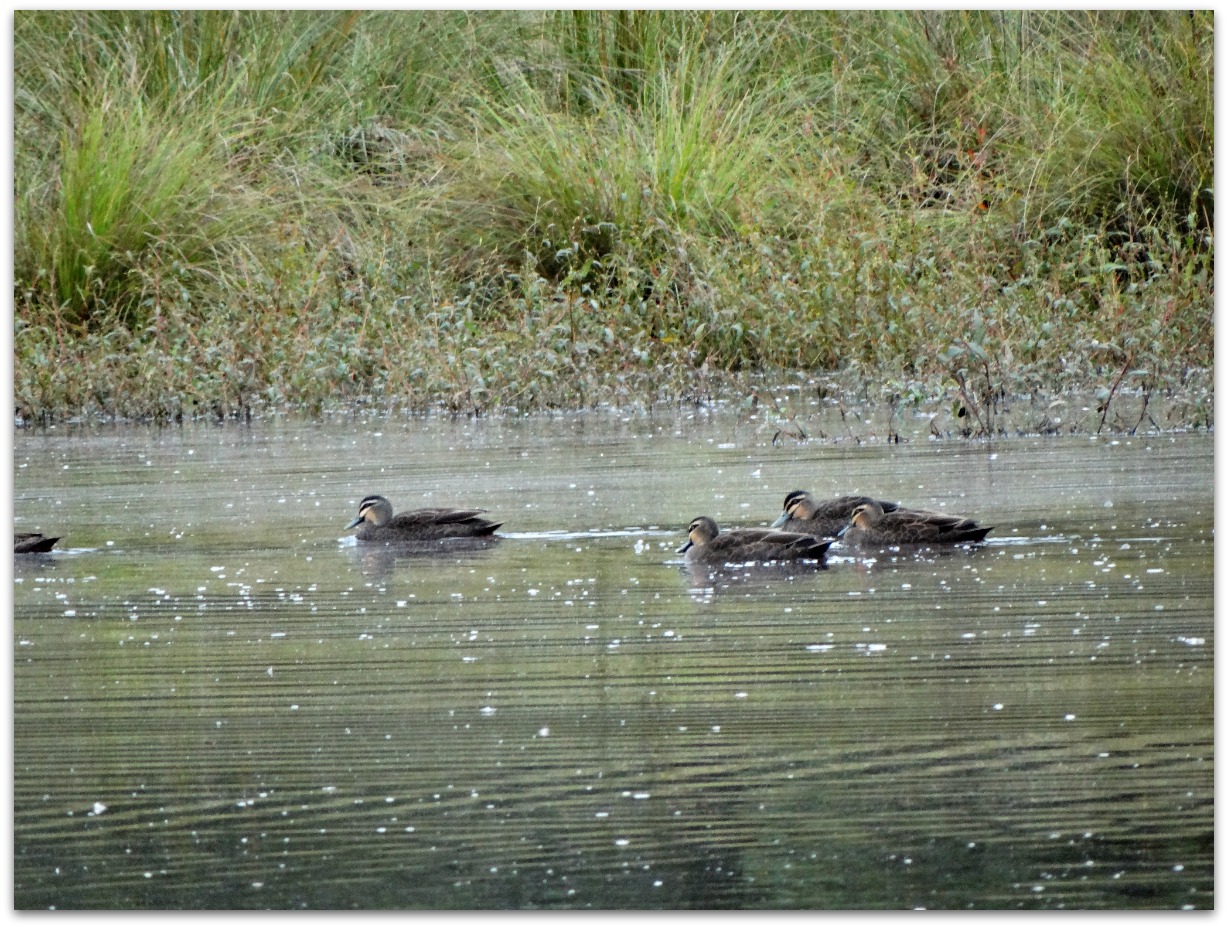 Walking further along, a beautiful red fox was seen hot-footing it up the hillside.  Too fast though to grab a shot at it :(; we just enjoyed watching it.

Golden-headed Cisticola,  Superb Fairy Wrens and Red-brow finches/firetails, were sighted, oh, and Brown Quail, were heard loudly (I thought ... a horse!) as they lifted off out of the grasses behind us.
The group walked further beyond the waterhole next, with intent to follow the fence-line beside the waterhole, however after the recent heavy rains, that was going to be very tricky navigation .. for all but the very adventurous.  Half the group took that option, while the other half (including myself), were to follow the long-grasses route back to the other side, and meet up  again ...with the adventurers.

However, finding the same location as we'd walked through earlier didn't happen and, the walk back we were even deeper in the sodden grasses....yikes.  Was glad to have gotten through that lot.  All in the name of 'birding'; you've got to love it.

By the way, Yarramalong is an Aboriginal word, meaning the place of cedar.

Fun to be with a group to go birding.
Nice place to be, and the Pacific Black Duck have very well photographed.
Greetings Irma

A nice walk you had there, and the Pacific Black Ducks are really cool. And thanks for Aboriginal word.

Looks like a good trek Carole. I'll bet those snkes heard the footsteps coming and high-tailed it sharpish, so you were probably safe.

Shame you didn't see a platypus. i think it would be top of my "like-to-see" list too.

Snakes! So hard for me to adapt to the don't sand where you can't see your feet rule! And not even possible in places like this!

Shame you missed out on the platypus.

Hi Carole Great when you can gain permission to go onto land that is private. Yes, I usually worry about snakes but go ahead regardless!! We don't have any in Ireland, I am glad to say! Good to see the Brown Quail, don't think I have seen that one. I am just off with my group on the train and then walking along a towpath but the weather isn't too good, very cloudy and we might get rain! Must dash as the leader cannot be late or absent!!! Thanks for comment today on my blog.

I am with you about walking through long grass Carole. I am always on the lookout for snakes. I do most of my bush walking in the cooler months when I know they have gone into hibernation for the winter. A shame you didn't see any platypus though.

Great that you're part of a birding group, Carole! I was a part of one when I was a teenager and I learned so much. That plot of land looks like a pretty place despite the snake potential, though personally I would've been more worried about fresh cow poo :)

Oh how I wish I were out birding with you!

tks all for your comments :) ... and to Christian who bought up the topic of cow **** I'm sure there were more than one pair of hiking boots that needed a good clean-up after this excursion!! I was trying to avoid that subject. Of course often-times when birding one is looking UP instead of DOWN

Being with a birding group is such a rewarding experience. I see several in your group with the binocular harnesses. I really need to get one of those!

What a great experience this looks like, and when you are walking through S N A K E country, it is always a good idea to walk at the back of the line... let the others scare off the snakes. bet you did that too. Looks like such a fun day!

Hi Carole. It looks like quite an adventure - and a rewarding one too! I understand that the best policy to avoid snakes is to be heavy-footed and slow. Great post which I much enjoyed.

Ha - yes indeed. That's some dedicated birders! I've been known to trek through mud for 3/4's of a mile to get Wild Turkey shots, or climb a bluff to get closer to the Turkey Vultures.

Great and fun walk!
Thanks for dropping by :)

I would enjoy that!

i'd think safety in numbers where snakes are concerned lessens the odds, considerably. :)

When you said "Snakes" I almost forgot everything I had just read.
I love the ducks!

Hi Carole, birding with a group is fun. Always nice to have all the extra eyes looking for birds. Around here I would avoid the high grasses they tend to have these tiny jigger bugs..It is a pretty place and I love the cow shot.. Enjoy your week!

Some claim that stomping your feet will scare snakes away.

Nice country and beaut you had private access. Those platypus can be so shy at times :D)