End of day, over the bay

﻿
...while there were clouds hovering, I thought maybe a good time to be down by the bay for some sunset photographs.  It might look serene and quiet, but near to where I stood was a large palm tree in someone's property backing onto the bay.  In the evening it fills up with very noisy birds settling down for the night.

And since no-one else is walking around at 8 p.m. it might look a little suspicious if I was to walk right up near their back fence to check them out. They actually sounded like starlings, but I don't see them around here.

One day I'll ask someone living nearby.  I might've suspected they'd be rainbow lorikeets in numbers but I'm not sure they sounded like those. 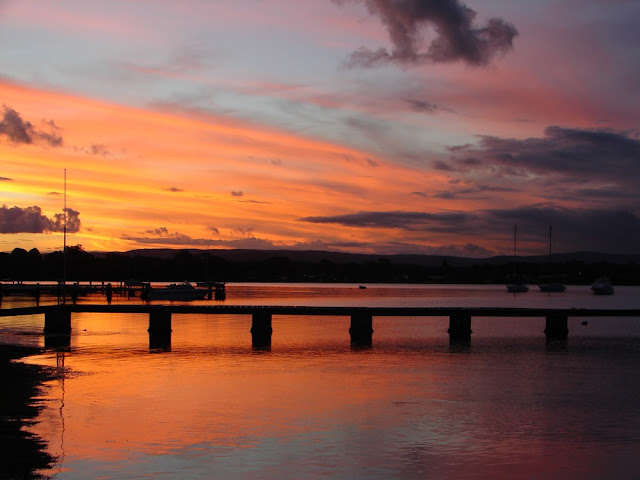 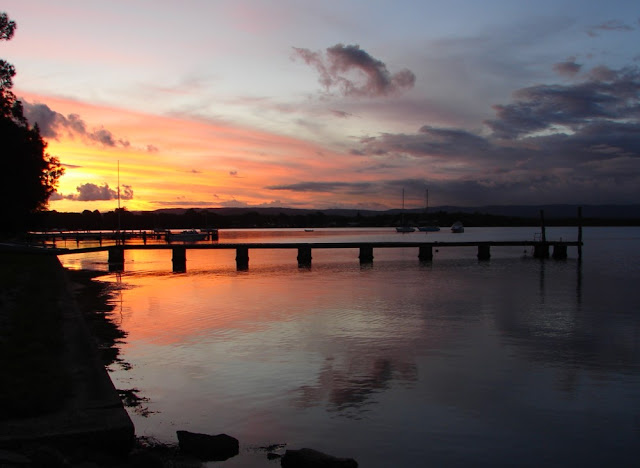 and then waned some 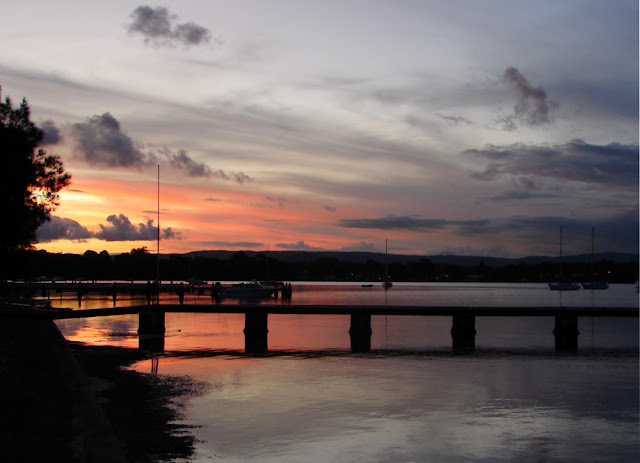 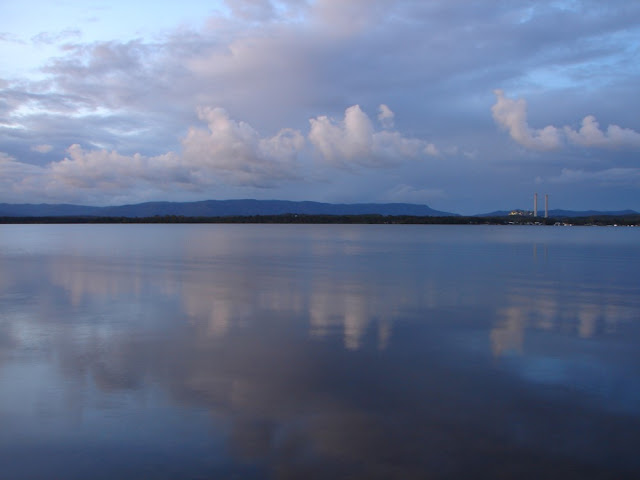 just panning around to where the sunset hadn't reached.  The Eraring Power Station is visible over to the right and the premises alongside are all lit up for the night ahead 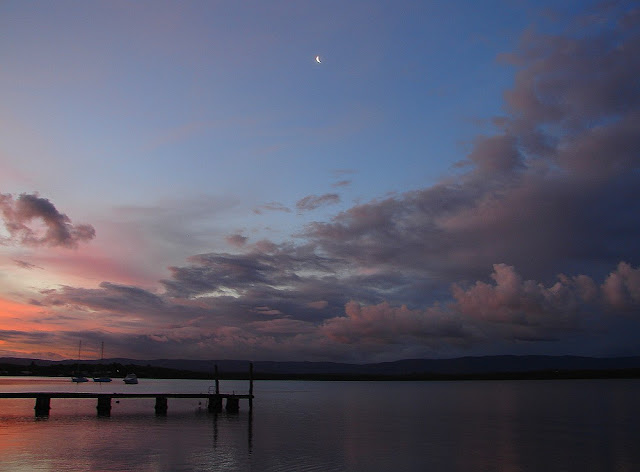 and back again, with a glimpse of the moon 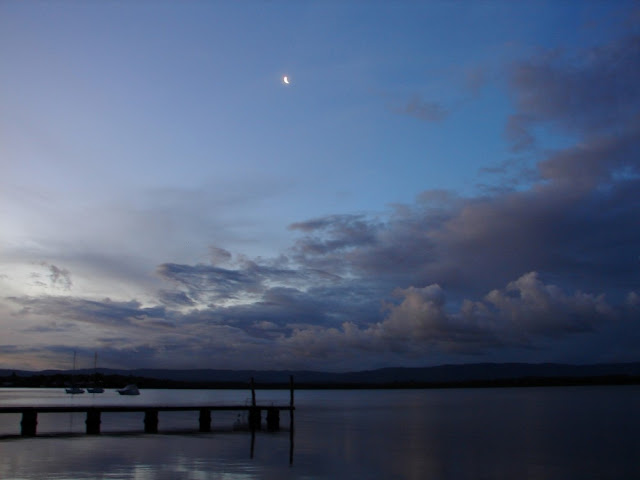 Oh, my! What beautiful colors and reflections! These are wonderful, Carole!

Another fine Aussie RED ... sunset, that is!! Gorgeous!! And I'm glad I'm not the only one that finds a lit up power station a good photographic prop!!

Beautiful sunsets Carole. Wonder that how many shots of sunsets throughout in the world.

WOW...such nice moments for a photographer..... your pictures are lovely Carole.

Beautiful sunsets you have photographed Carole, compliments.
Have a nice Sunday.
Greetings Irma

Love all of your shots! Beautiful color.

these are just spectacular! gave me chills this morning, they were so pretty!

STUNNING photos! They're all beautiful, but really favor those sunset colors.

wow, these are stunning sky shots. Beautiful colors and a gorgeous scene. Thanks for sharing your skies. Have a happy week!

Wow!
What a gorgeous series of images this is.

For all of their paint box beauty, I think I like the more subtle images more - especially the ones with the Moon.

So beautiful...wonderful to get outside at just the perfect moment like this! I can only imagine the noise from so many rainbow lorikeets. Your birds over there are so wonderfully different!

Gorgeous sunset photos! Felt as if I was right there!! Thank you!