Climb up on some hill at sunrise. Everybody needs perspective once in a while, and you'll find it there.
Robb Sagendorph 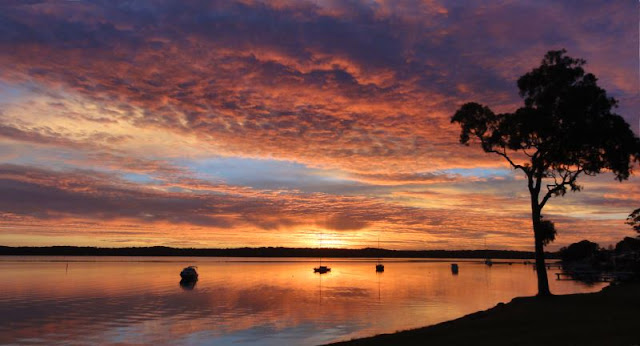 Though I didn't need to climb a hill on this occasion.  Two 'sunrise chasers', my neighbour and myself, had set off at first sign of a glimpse of pink in the sky, earlier this week.  We'd checked out this site the afternoon before (the Triptych Trees post was from there), as being the closest and best vantage point to the east (Point Wolstoncroft), on the Central Coast, N.S.W. 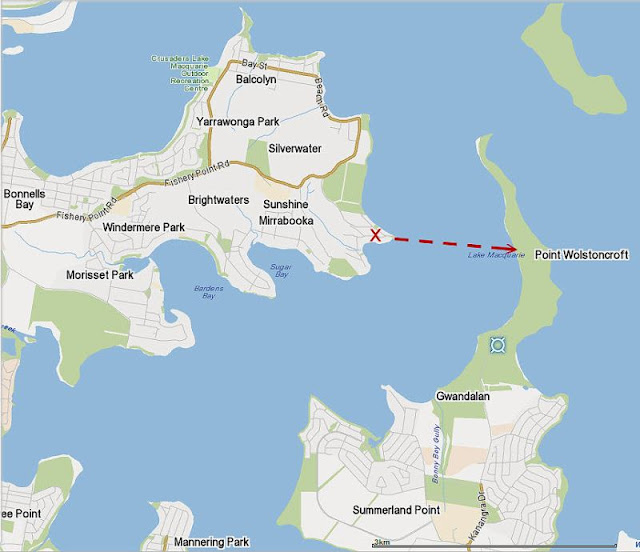 It meant a short car journey down the peninsula to catch it before it was over.  Reaching the 50 k.p.h. signage wasn't easy to accept when we had  a mission at stake; to check out a super sunrise in the making.

Ironically, this photo was taken alongside the Southlakes Sailing Club at Sunshine, and I'm wondering now if it had in fact been named that because of its access to beautiful sunrises gifted from Mother Nature.  When I looked it up, it suggested 'descriptive, given to subdivision, earlier known as Gorrick's Point'.

I'll NEVER forgive my grandmother for selling her Silverwater lakefront home before I was old enough to buy it. I guess having an income other than pocket money would have helped ...

I'll bet this scene is just as beautiful and peaceful looking in the mid-day too. Wow.

Hello Australia - this is from Sweden.
You catch a beautiful shot - a stunning sunrise.

Oh W O W ! That is a stunning capture - love the reflections of those rich colours too. Thanks for sharing.

Well worth the time and travel...beautiful!

Have a great weekend Carole. :)

Such an awesome view. Love it!

i laughed at the idea of the two of you speeding along, though, trying to make it before the sun rose!

What a very beautiful photo - wow, good timing and such a great location. Greetings from an Aussie in California.

You have certainly found your perspective in this picture :) thanks so much for sharing!

Absolutely Stunning Carole! So thankful that all can see a beautiful sunrise anywhere in the world...if they are up early enough - LOL!
Kudos to you and your neighbor,
Jan

Grandma Barb's This and That said...

Beautiful colors in the sky and reflected in the water. Just gorgeous Carole.

what a knockout of an image, Carole. So good to have that map there, too. The lake is most convoluted for folk like me who do not know it well.

This is just breathtaking Carole!

Stunning Carole. How wonderful to capture the sunrise and sunset over Lake Macquarie.

Lovely sunrise! And what fun chasing down the perfect shot!

Beautiful... worth the rush! Happy skywatching.